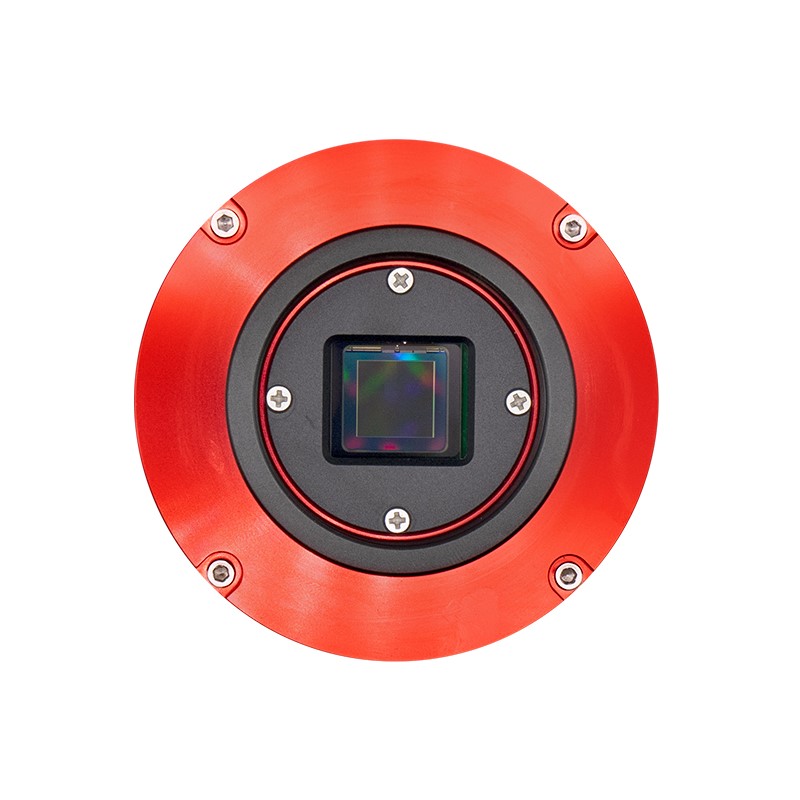 Read out noise is as low as 1.0e which makes it comparable to SCMOS or EMCCD sensors and highly suitable for high definition, low noise imaging.

With a conventional front-illumination structure, the metal wiring and transistors on the surface of the silicon substrate that form the sensor’s light-sensitive area (photo-diode) impede photon gathering carried out by the on-chip lens. A back-illuminated structure minimizes the degradation of sensitivity to optical angle response, while also increasing the amount of light that enters each pixel due to the lack of obstacles such as metal wiring and transistors that have been moved to the reverse of the silicon substrate.
Sony has newly developed a unique photo-diode structure and on-chip lens optimized for back-illuminated structures, that achieves a higher sensitivity and a lower random noise without light by reducing noise, dark current and defect pixels compared to the conventional front-illuminated structure. 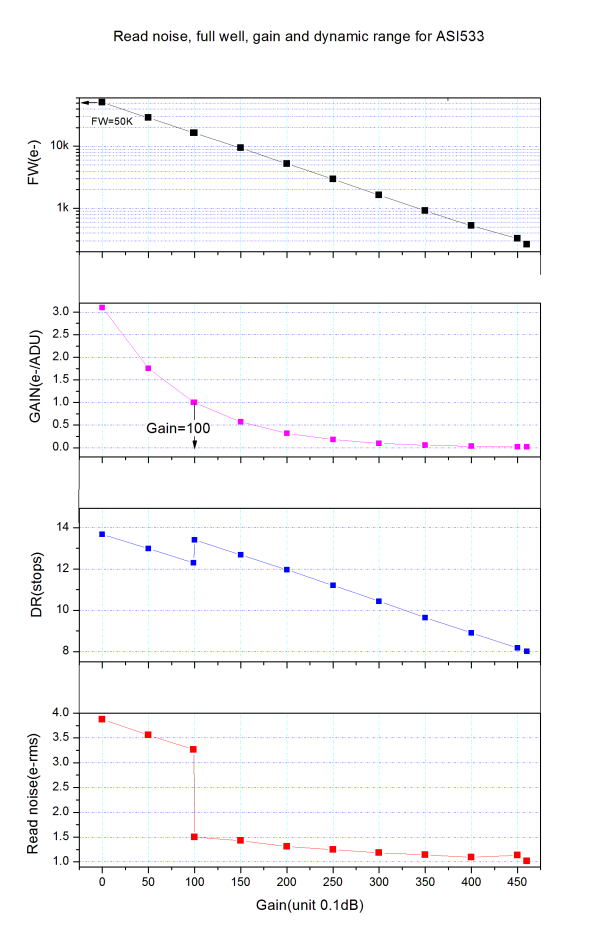 We suppose the QE peak value is more than 80%.

Traditional CMOS sensors produce a weak infrared light source during operation quite often seen in the corner of uncalibrated images as the tell tale signs of ‘amp glow’. As the ASI533MC PRO uses zero amp glow circuitry, you won’t have to worry about amp glow even when using high gain, long exposure imaging. 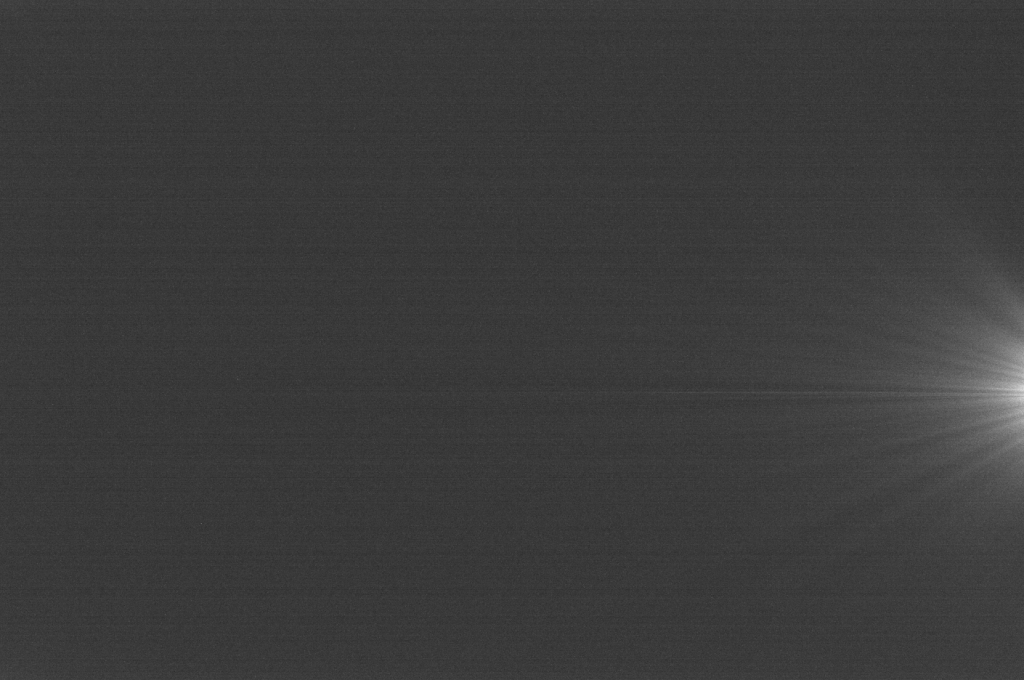 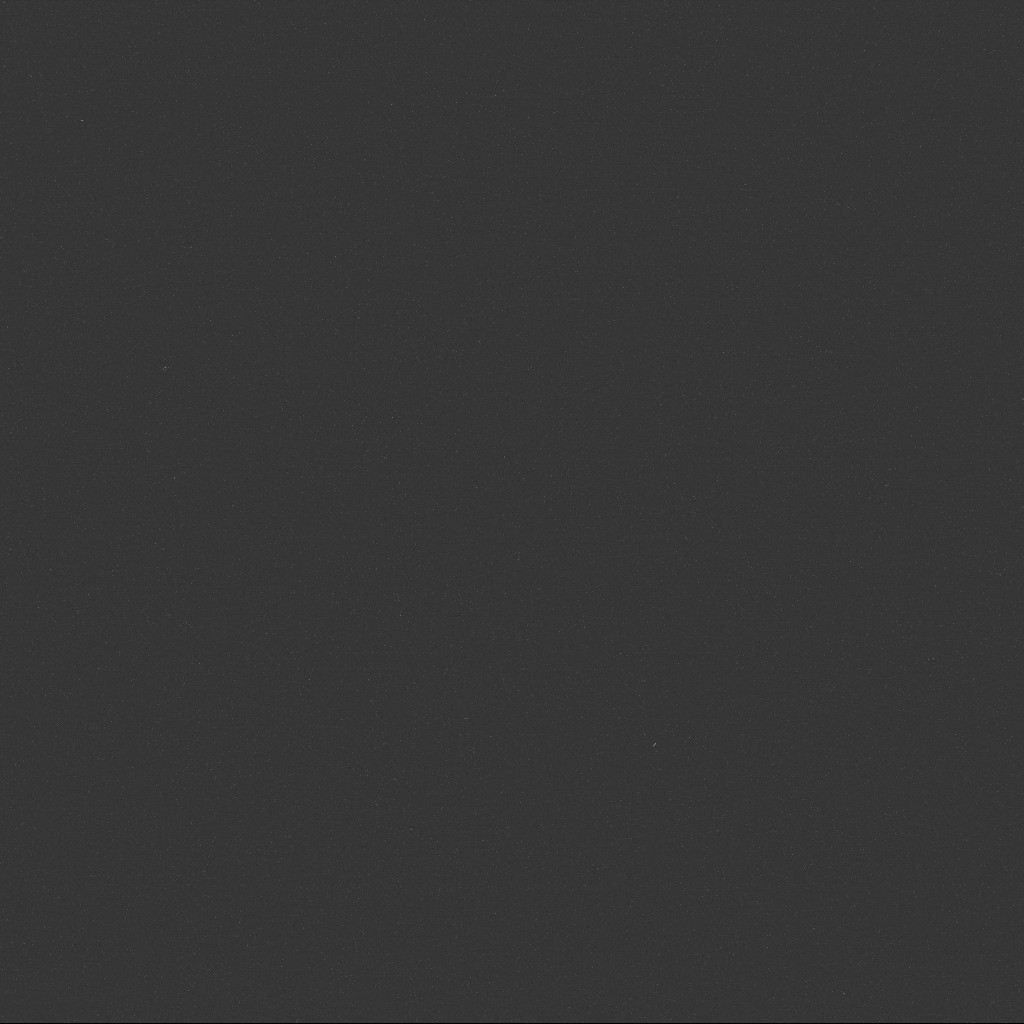 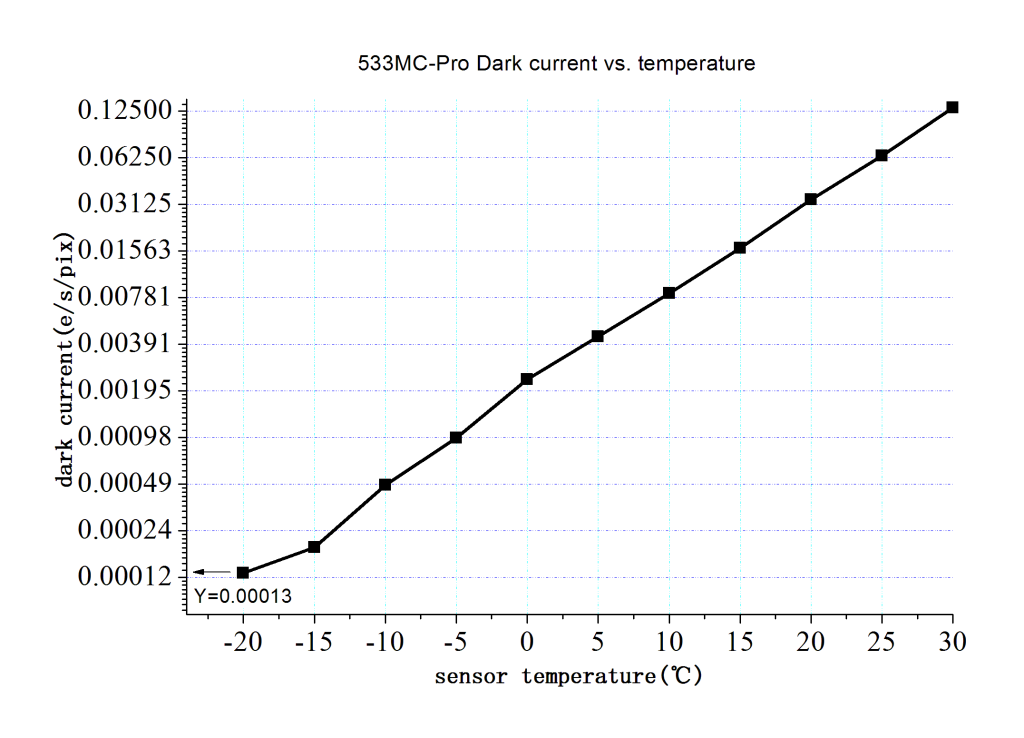 The ASI533MC PRO is equipped with a USB 3.0 interface, and even in 14bit mode, can reach 20 frames per second. The 256MB DDR3 memory ensures stable downloading of frames with increased USB speeds. 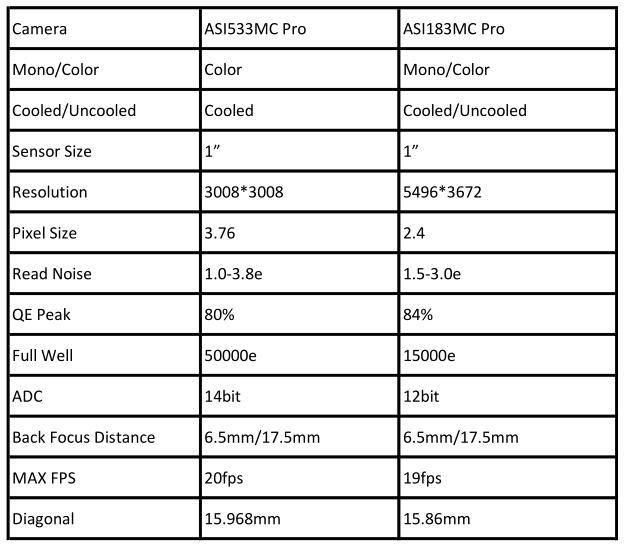 The ASI533MC PRO features SONY’s latest back illuminated IMX533 sensor, with a 1-inch square, 9.07MP sensor that is ideal for astronomical photography needs and can be considered as the latest iteration of the venerable ASI183MC Pro.

As you would expect this latest generation camera not only retains key features of the ASI183 series such as an attractive QE figure, high frame rate and along with other excellent characteristics of the ASI183 cameras, but also now includes new and improved features such as zero amp glow, extreme low read out noise (as low as 1.0e), 3.76 microns pixel size and an improved 2 stage TEC cooler giving enhanced cooling capabilities.